I first heard the phrase effective suffering from meditation teacher Shinzen Young, who used it in a story he told about the renowned Christian contemplative Thomas Merton. Merton lived quite a bohemian life before he converted to Catholicism and then entered one of the church’s strictest and most ascetic monastic orders. When he was asked about his decision and the suffering that such a lifestyle involves, Merton said that he didn’t become a Trappist monk so that he would suffer more than other people but that he wanted to learn to suffer more effectively.

I found the idea of effective suffering quite off-putting at first. “Who in the world wants to suffer?” I asked myself. “Let alone effectively, whatever that means.” When I looked deeply at the phrase and spent time reflecting upon it, however, I recalled a number of similar teachings I’d heard from other teachers I greatly respect. Ajahn Chah, the great Thai forest master, said “There are two kinds of suffering: the suffering that leads to more suffering and the suffering that leads to the end of suffering. If you are not willing to face the second kind of suffering, you will surely continue to experience the first.” I remember a related statement that Ram Dass made, one that caused me to pause and reflect deeply on my life. “Despair is the necessary prerequisite for the next level of consciousness.” His teacher, Neem Karoli Baba, gave similar teachings. “Suffering is grace,” he was known to say. “Suffering brings me closer to God.” And again, from the influential Zen teacher Charlotte Joko Beck: “As you embrace the suffering of life, the wonder shows up. They go together.” 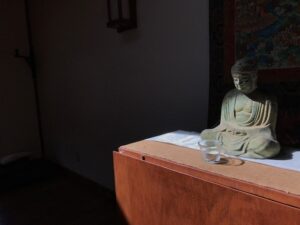 I think it’s safe to say that no living being, human or non-human, wants to suffer. I also think it’s safe to say that every human being (and I imagine every sentient being) suffers at times. There seems to be no getting around the fact that embodied life involves difficulties on a variety of levels. This is what the Buddha pointed out in the first of his four noble truths: Life involves suffering.

As obvious as this fact seems to me now, I can look back on earlier parts of life and see that I didn’t really believe it to be true. Other people often looked happier than I felt. Perhaps they were simply better actors, or perhaps they really were healthier, more joyful people. Lost as I was in unconscious mental and emotional patterns that perpetuated the disharmony in my inner world, I interpreted the suffering in my life as my problem. I wrestled with deep feelings of inadequacy and told myself stories in which I was somehow to blame for my unhappiness. It was only years later, when I studied eastern and western psychology, that I came to understand how few people come through childhood without their version of similar feelings to my own. As the comedienne Mary Karr put it, “A dysfunctional family is any family with more than one person in it.”

When I was twenty-four, shortly after moving to Boulder, Colorado to attend the inaugural summer program at Naropa Institute (now Naropa University), a friend suggested I see an astrologer to get some guidance for the next steps in my life. While the astrology reading was not a life-changer, the astrologer and I had a very powerful connection and soon became romantically involved. Our first three months together were an ascent unlike any I had experienced before in an intimate relationship. The phrase “falling in love” took on a new and truly magical meaning in my life. Within weeks, I moved into her house, connected deeply with her toddler, and convinced myself that my life was finally coming together. Sadly, the conventional wisdom that what goes up must come down proved to be the case, and shortly before the holiday season, we parted ways. The emotional descent was brutal, and our breakup left my heart feeling shattered into a thousand pieces.

I quickly concocted a story in which this “failed relationship” was simply more evidence that I was too wounded a human being to ever find and sustain a committed intimate partnership. That’s when a close friend of mine gave me a holiday gift, a copy of Cutting Through Spiritual Materialism by the Buddhist teacher, Chogyam Trungpa, Rinpoche. Because I felt so raw and open, I was able to take in what the book was saying in a way that felt deeply transformative. Specifically, I understood what he was saying about the first noble truth. He made the point repeatedly that unsatisfactoriness is an existential given at certain times in a human life. The process of awakening, from a spiritual perspective, begins and accelerates with the acceptance of this unsettling fact.

For many of us, suffering of one kind or another is what motivates us to explore spiritual teachings in the first place. Yes, it’s true that there are people who step onto the path solely because they have a passionate intellectual curiosity about “how it all is” and “what’s really going on.” Others seem to have a karmic jump-start at an early age that enables them to quickly see through the superficial aspects of modern life and focus on its deepest meaning. Still, my experience is that the vast majority of people who see themselves as being on a spiritual journey are initially motivated to awaken by a desire to move beyond their personal suffering. I believe it’s for this reason that Ajahn Chah, Thomas Merton, and many other teachers regularly made comments like those previously mentioned. They invite us to choose to see our painful experiences as what Ram Dass called “grist for the mill of awakening.”

Important questions naturally arise when we consider their invitation. What is the next step after fully acknowledging the truth of suffering? How can we actually learn to turn poison into medicine, to transform our very human difficulties into steppingstones on the path of liberation? Which practices are best for us to work with at this point in our process of awakening? What dharma book should I read next to deepen my understanding of the teachings?

How often should I go on retreat and with which teacher? When is it time to focus my efforts on social justice issues and service to others? 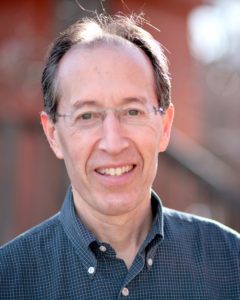 These are the kind of issues we’ll be exploring in the May 6th to May 9th at-home retreat I’ll be leading for Southern Dharma next month. We’ll come together to create a supportive learning community that will be designed to help each participant move to a deeper level of joy, wisdom and compassion. The Buddha wisely included the sangha as one of the three refuges. At the conclusion of this retreat, my hope is that we’ll all come away with a deep appreciation for why he chose to do that and for what can happen when a group of sincere practitioners gather together in service to the awakening of all beings everywhere.

Her smile as wide as the Appalachian mountains
as dark as the night sky
snow flitters on the soft rounds
something of a twilight reflection
that beckons me to see beyond
that stills me enough to hear the bird wing flap
as she ascends off the white washed branch
enough to stone me
cool as winter breeze
firmly rooted to the changing spiral
in the chorus of this silent season
Spirit catching up to body
Body catching up to spirit
Soul as witness
Reverberating truth as twilight falls again
Never promising another day, hour, minute,
Or moment of sunshine
but something of a beginning stirs
Something of hope
A remembering that there is some kind of forever
Weaving us above, below, between, beyond 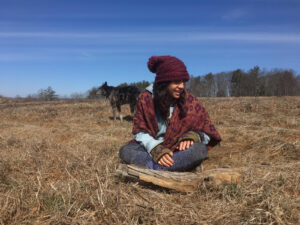 Hello! My name is Sami Claire and I have been a winter resident at Southern Dharma Retreat Center since the end of January. This time has allowed me to deepen my meditation practice, contribute to this beautiful community, heal my body and find clarity on how I would like to proceed on my path of service. Although my days are coming to an end, it seems this is only the sweet beginning of my relationship with Southern Dharma and all beings, plants and animals on this land. I have found another refuge, home and sangha in this life and for this I am forever grateful.

Thank you for reading and for being.

May you be happy, well and do that which brings you joy.

I found myself reminiscing about the early days of the pandemic today. It doesn’t somehow seem kosher to use the term “reminisce” in regards to any moment of this awful time in our lives, a time with so much death and suffering, and so much injustice.

But the truth is that, through it all, there have been blindingly bright beams of light shining through every crevice in this broken world. In the Jewish wisdom teachings, this brokenness is captured within the concept of “tikkun olam” which describes our social justice work, metaphorically understood to be the work we do to repair the shattered vessels of existence which hold the divine light.

So I reminisced about the time last year when everything still seemed like a science fiction movie. Because it was then that I came to (re)discover that my people were Good People. People who took care of themselves and others, understanding that we’re all inextricably interconnected. People who offered food, shelter, and other supplies to those in greatest need. People who were serving on the front lines of our emergency services, health care facilities, and schools. People who deepened their meditation practice and recommitted themselves to the Eightfold Path, in whatever form that takes for them. People who cared for sick and dying family members from a distance, unable to touch hands. People who continued to cry out and stand up for justice, even when it was inconvenient and uncomfortable to do so.

I believe I found the answer during our most recent retreat, which was the New Year’s retreat with John Orr and Ronya Banks. At one point during the chanting on New Year’s Eve, when John was in the Meditation Hall leading us through “All I Ask of You (Is Forever to Remember Me as Loving You)” on his harmonium, he looked right into our eyes and said “YOU! You, you, you. You.”

You. You are my people. The great, kaleidoscopic, many tentacled, multi-cultural, multi-generational, confusing mish mash of a beloved community that Southern Dharma has brought together for over 40 years. And all the people that you all are connected to. And all the people that they are connected to. And so on, and so on, and so on. That glorious and wondrous web of human experience stretching backward and forward in time — the suffering and the joy, the birth and the death, the dark and the light — that forms the fabric of our lives.

With the living Dharma as the thread between us, seen and unseen.

On this Imbolc Day, when some believe that the groundhog rises to gaze upon the earth once again, we too can see this place, this life, this precious retreat center as something magical and new. A frosty, silent space, warmed by Brigid’s sacred fire, providing refuge and insight to generations upon generations of yogis and teachers.

May Southern Dharma continue to connect all of us and every living being, past, present and yet unborn.

May our community continue to find ways to support each other through our most difficult times.

May the light of the Dharma continue to illuminate our journeys.

And may we all be well.